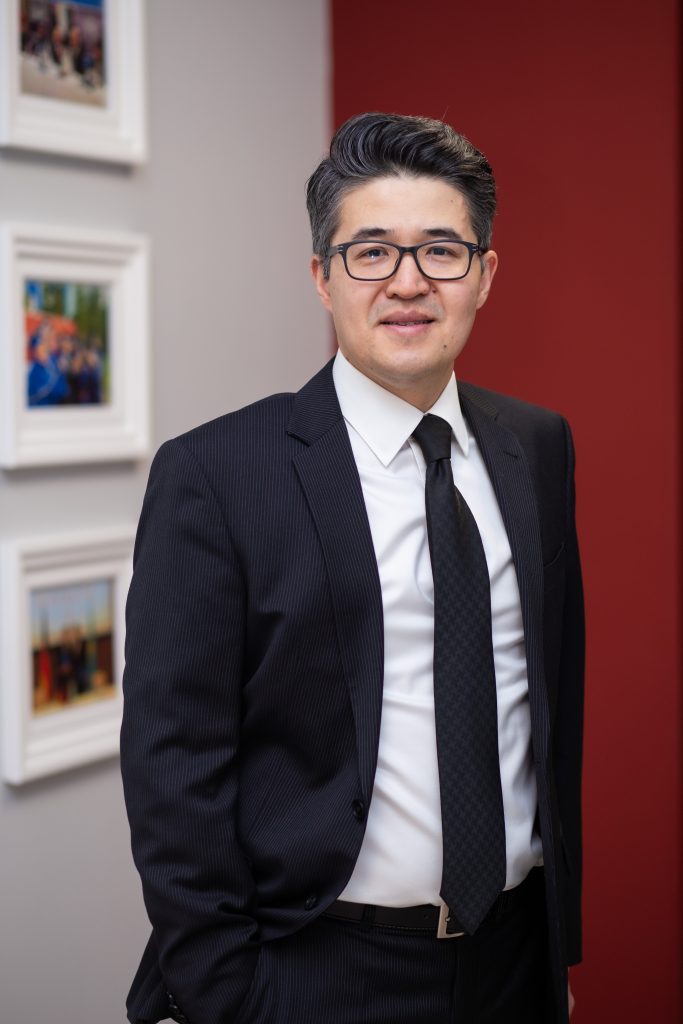 Founded in September 2020, we are the only dedicated Political Economy Research Centre (PERC) in Kazakhstan and Central Asia. PERC operates within the Higher School of Economics of the M. Narikbayev KazGUU University with the aim of promoting scientific research in the field of political economy, economics, sociology and public policy, and contributing to progressive socio-economic development of Kazakhstan and the Eurasian region.

We recognise that politics and economics are inextricably linked and constitute unified dimension. To properly understand socio-economic and political processes and reality it is critical to explore economic context in which political institutions and actors operate. Similarly, valid and sound economic analysis requires investigating how resources are allocated and distributed and what historical context, political institutions and traditions that impact these allocation and distribution are. In the Eurasian region marked by common history, economic and political uncertainty, ecological insecurity and potential conflicts, the need for multifaceted approach to understanding the links between political and economic processes has never been greater.

PERC aims to formulate progressive policy and support for progressive movements by promoting critical political economy and through developing heterodox alternatives to economic orthodoxy. PERC stance is based on critical understanding of the contemporary capitalism, addressing the nature of neoliberal governance dominating in the countries of the Eurasian region and offering alternatives from within political economy. Our intellectual content and direction are guided by critical understanding of mainstream economics but as a pluralistic forum we welcome interdisciplinary and multidimensional approach to exploring social reality.

We are keen to constructively engage with academic and research institutions and governmental agencies on various theoretical, empirical and practical issues. We seek to advance the understanding of political economy and economics across a broad range of academic disciplines. We especially support research on and intellectual exploration about Kazakhstan, Eurasian region and former Soviet republics at many levels and seek to promote scientific and academic cooperation among scholars and organisations interested in the region. PERC is dedicated to the highest standards in research and teaching with the goal to promote general knowledge of and public interest in Kazakhstan and the Eurasian region.

The Political Economy Research Centre (PERC) of the M. Narikbayev KazGUU University in collaboration with the Higher School of Economics is hosting monthly Research Seminars. The broad theme for this seminar series is “Topics, views, approaches: new research agenda for Kazakhstan and the Eurasian region”. This seminar aims to highlight the importance of developing new research agenda in social sciences for and by the research community both from the Eurasian region institutions and international ones. Both Kazakhstani and the post-Socialist Eurasian research community remain on the periphery of the global academic and educational debates. The new research agenda, therefore, which is still to be defined, will not only have to be informative but should have an emancipatory and transformative effects by providing a deeper and more critical understanding of the developments in Kazakhstan. Yet, after thirty years of independence Kazakhstani universities’ curricula docilely follow recommendations of the Western mainstream economics departments with no place for the history of economic thought, political economy and pluralist views in the text books of Kazakhstani students, let alone heterodox accounts. Time has come for new generation of intellectuals to offer new critical accounts on the developments in the country and the region. The seminar intends to bring together academics, teaching staff, postgraduate students and researchers to explore and discuss possible opportunities to develop such an agenda.

The Guest Speakers include academics from the internationally acclaimed universities and local scholars. Any potential presenter is welcome to contact PERC founder and coordinator Dr. Kuat Akizhanov, k_akizhanov@kazguu.kz; aakuat@mail.ru

Format: on-line and off-line seminar. We intend to use this seminar as an opportunity for the KazGUU University staff to interact with each other (under the safety guidelines of the Covid-19) and to build collaborative ties with the key speakers who will present via Zoom.

When: Every last Friday of a month

A series of research papers on the topic New Political and Economic Course for Kazakhstan
Dear expert community, students, undergraduates, doctoral students,
The Political Economy Research Center (PERC) has initiated a new research project called “New Political and Economic Course for Kazakhstan. The goal of the project is to prepare a series of working articles, policies and working papers that reveal the main socio-economic and political problems of Kazakhstan from different angles. The mission of this project is to develop a new political and economic course for the country and develop alternative proposals on various issues of socio-economic development. The methodological basis of the research is macro-systemic and historical analysis from the critical political economy’s point of view. However, PERC, while adhering to the importance of a pluralistic approach to research, is open to other possible methodological approaches and constructive criticism. In accordance with the PERC mission, we are interested in attracting the scientific and expert community to the project, represented by private, public and state organizations, and in a broad discussion of the issues raised by the project.

There is an urgent need for a meaningful understanding of the changes that have taken place in the country over the past thirty years. It is necessary to involve all the progressive forces of the country and use its scientific potential in order to develop a meaningful understanding of the ongoing changes and prepare responses to various challenges. At this stage, the preparation of the analytical study “Issue 1. Kazakhstan and the results of the first 30 years” is underway.

If you are interested in this research project, please contact the head of PERC and the project coordinator, Associate Professor of the Higher School of Economics Akizhanov Kuat Balkhashevich, email: k_akizhanov@kazguu.kz; aakuat@mail.ru

On 25-26 September the OSCE Academy together with the Friedrich Ebert Foundation in Kyrgyzstan held its third annual “Transformation in Central Asia” conference titled ‘Glocal Transformation in Central Asia.’ The event was initiated and moderated by Prof. Dr. Anja Mihr, DAAD Associate Professor at the OSCE Academy and opened by Dr. Alexander Wolters, Director of OSCE Academy and Philipp Jahn, Resident Representative of Friedrich Ebert Foundation in Kyrgyzstan.
This year the focus of the conference was on “Glocal Transformation”, namely how global norms, such as human rights, good governance, trade, health or environmental standards and goals, impact domestic and local politics in Central Asia states – and beyond. Experts and Researchers from Central Asia and Europe discussed the impact of the global norms on the way on how citizens express their need for change or support, and at the same time how governments respond to economic, social and political challenges are dealt with.
Sessions were opened by three Keynote speeches: Dr. Joern Graevingholt, German Development Institute, Germany, talking about the global constellations and state fragility; Dr. Sebastian Schiek, Senior Researcher, Sustainability Partnerships across Central Eurasia and Europe, Germany, presenting the findings from and reflections on the Central Asia Forecasting; and Uuriintuya Batsaikhan, Economist, Independent Researcher, Brussels, Belgium, discussing the economic transition or transformation in Central Asia.
The recording of the event will be soon available on the Academy’s YouTube channel. 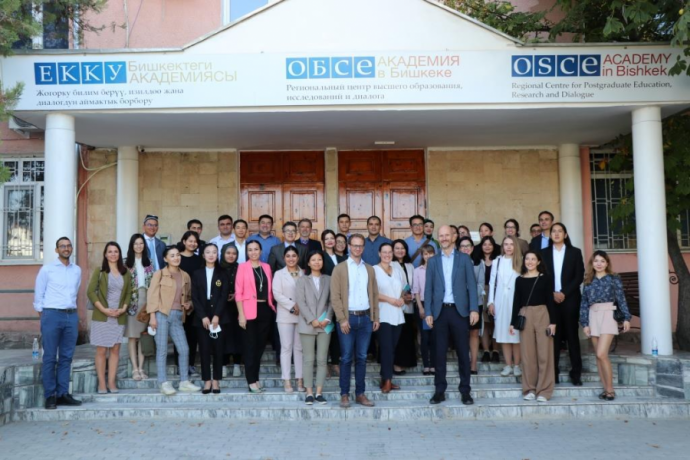